I think it’s fair to say I’m obsessed with Edinburgh Fringe Festival. I’ve been every year for as long as I can remember as a punter and I’ve even worked at a few: wrangling street performers and managing out door stages. The Edinburgh Fringe Festival is almost 4 weeks of madness!  4000 shows take place in over 300 venues all over the city, everywhere becomes a venue, from bars and café’s to libraries, lecture halls, marquees and shipping containers. There are even very uniquely Edinburgh Fringe shows in lifts, taxis and phone
boxes! And all of this runs alongside the Military Tattoo, the Edinburgh International Festival, The book festival and more throughout August!

With so much going on it can be hard to know where to start and how to survive the Edinburgh Fringe Festival. So, I wanted to share with you my pro tips for choosing shows and making the most out of your festival experience. So, wether you’re going this year or considering going next year here are my top tips.

In all likelihood you will be walking a lot! Edinburgh Fringe venues are spread out all over the city and although Edinburgh is a fairly compact city there are a lot of hills, steps and cobbled streets to contend with.

Take a pack away rain jacket

Even in August Edinburgh can experience four seasons in one day! Last week it went from warm and over cast, to huge thunder storms with torrential rain, to glorious sunshine and baking hot, back to torrential rain and lightning all in an afternoon. Jackets that you can pack away small into a bag are ideal for such changeable weather and preferable to umbrellas that just blow inside out in Edinburgh’s infamous winds!

You can pick up a copy of the Fringe Festival Guide at the Fringe office on the High Street or anyone of the 500 or so venues around the city. You can also peruse the list of shows on the Fringe Festival website and download the EdFringe app to your phone and get planning! There are literally thousands of shows, so it can really feel overwhelming to try and pick your shows. I like to look at reviews in the Guardian, The Scotsman and the Independent online if I’m struggling to choose.

Buy tickets for those “must see” shows now!

If you’ve got your heart set on seeing that 5 star rated show that everyone’s been raving about you should buy your tickets ASAP to avoid disappointment. Especially if you’re going to the Fringe near the end of the run, word gets around fast of good shows and they sell out. You can book on the Edinburgh Fringe website or EdFringe app to pick up tickets at the box office when you arrive in town.

Step outside of your comfort zone

Don’t just stick to people you’ve heard of or seen on TV. There is a wealth of new and emerging talent from all over the world that perform at the Fringe Festival, so why not give them a chance. Yes, I’ve seen a few cringey shows at the Fringe, but I’ve also seen some of the most incredible shows from less well-known performers, it’s all part of the experience.

Edinburgh Fringe Festival is a crazy place…in a good way! And you don’t want to miss out on some of those crazy things by having every minute of every day planned out. There is free street entertainment on the Royal Mile and The Mound, you might get drawn into a show you’re walking passed or randomly get involved in a flash mob. Aim to go with the flow as much as possible around a few booked shows.

Stand in line, watch show, run to next venue, stand in line, watch show, rinse and repeat. Combine that with partying all night in some really fun pop up bars and clubs that are open until the wee hours and you won’t survive the Edinburgh Fringe Festival, certainly not with your sanity in tact. Take some time to chill out in a café or bar, almost every venue has somewhere to sit and read your festival guide with a coffee or glass of wine and the big venues have festival zones with outside seating, music and food. I love sitting outside in Assembly George Square Gardens, Gilded Balloon or Pleasance court yard to take a breather and people watch… keep your eyes peeled, you might see a famous face or two!

While you’re sat outside enjoying a beer get chatting! Some of the best shows I’ve seen at the Fringe have been from a recommendation off a fellow festival goer. So, relax and get talking, you may even make a new friend.

Going from one show to the next all day it can be really easy to forget about meal times until you are really hangry! The big outdoor festival areas like the George Square Gardens etc. have a brilliant selection of street food I also really love the Mosque Kitchen for curry in a hurry, The Auld Hoose pub for gigantic Nachos or Spoon for an incredible full Scottish breakfast. Edinburgh has the most restaurants per head than any other city in the UK outside of London, so you will be totally spoilt for choice.

See something on the “Free Fringe”

The Free Fringe kinda runs separately to the official Fringe Festival, so you won’t find these shows listed on The Edinburgh Fringe website or program, instead they are listed here. They are essentially un-ticketed shows in mostly pubs, bars and cafes, and if you like the show you pop a donation into the tip bucket to show your appreciation. This is exactly why you should leave room for spontaneity as you often get persuaded to go into a show by the performers as you walk by the venue. The best thing I saw at the Fringe last week was part of the Free Fringe, so they are definitely worth checking out in between other shows you have booked.

Edinburgh Fringe Festival runs until August 26th and if you’re not booked to go yet but would like to, it’s not too late! Read my post on last minute accommodation at the Fringe 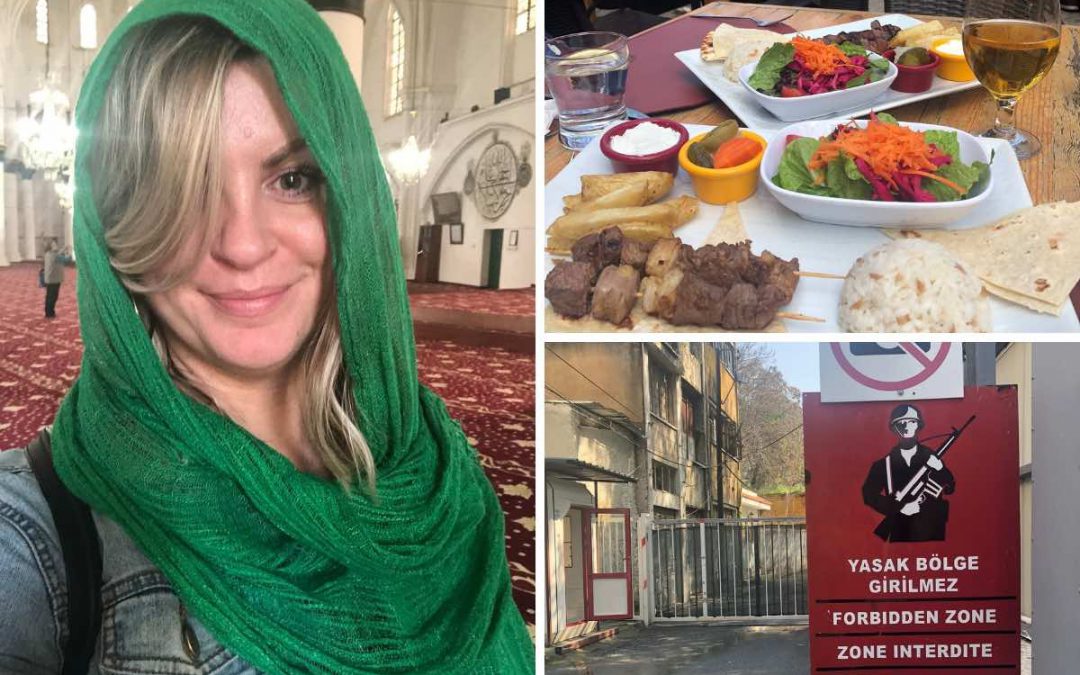 In between the two passport controls is the UN controlled no man’s land, a derelict street of deserted apartments that separate north and south.