What to eat in Budapest 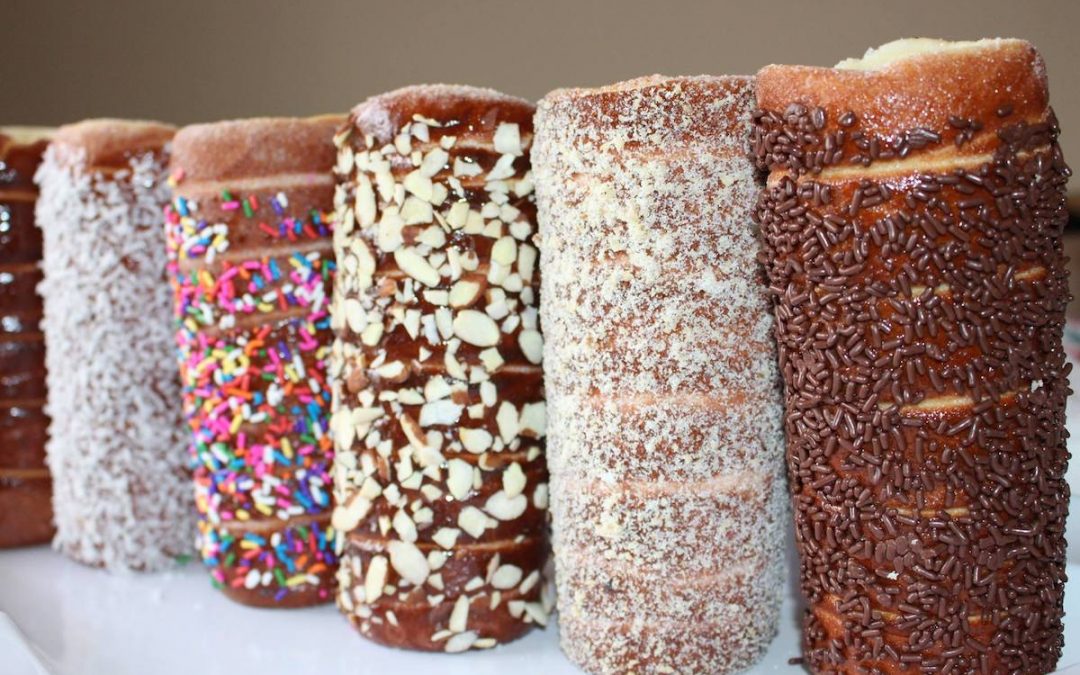 Before my trip to Budapest I think I could only name ONE Hungarian dish, Goulash, a sort of beef stew flavoured with Paprika, Hungary’s favourite spice. But even that I’d gotten a bit wrong, because apparently Goulash isn’t a stew at all! Being the massive foodie that I am I was dying to explore more Hungarian cuisine and find out what Budapest food scene has to offer and I wasn’t disappointed. So if you’re visiting the Hungarian capital soon and wanting to get stuck into some of the more traditional local cuisine, here is my top 5 list of what to eat in Budapest. 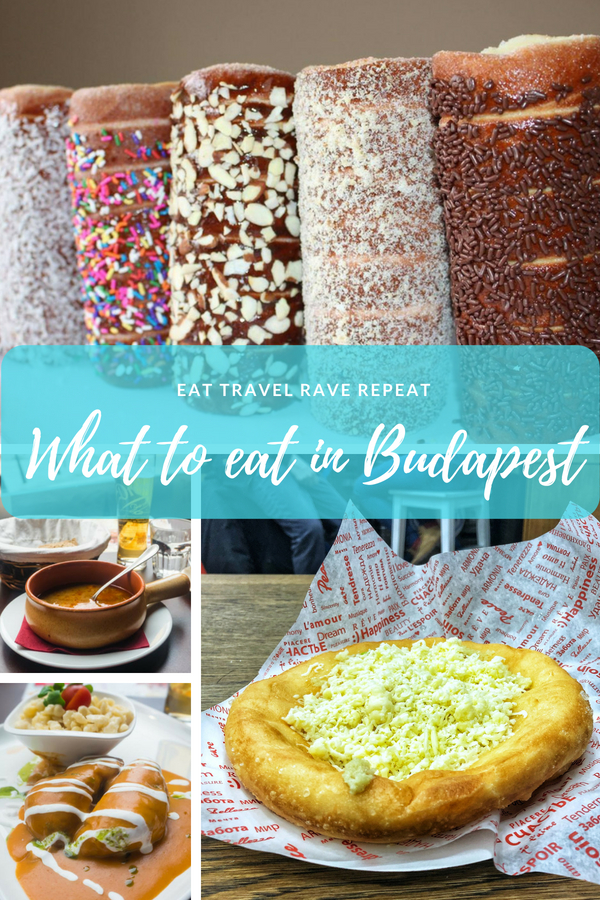 Goulash soup OK I know this is probably a bit obvious, but I bet you’ve never eaten it the traditional way before. A thin paprika spiced soup with chunks of tender meat, potato and vegetables. Generally served with a really good dark bread and perfect for warming you up on a cold day. 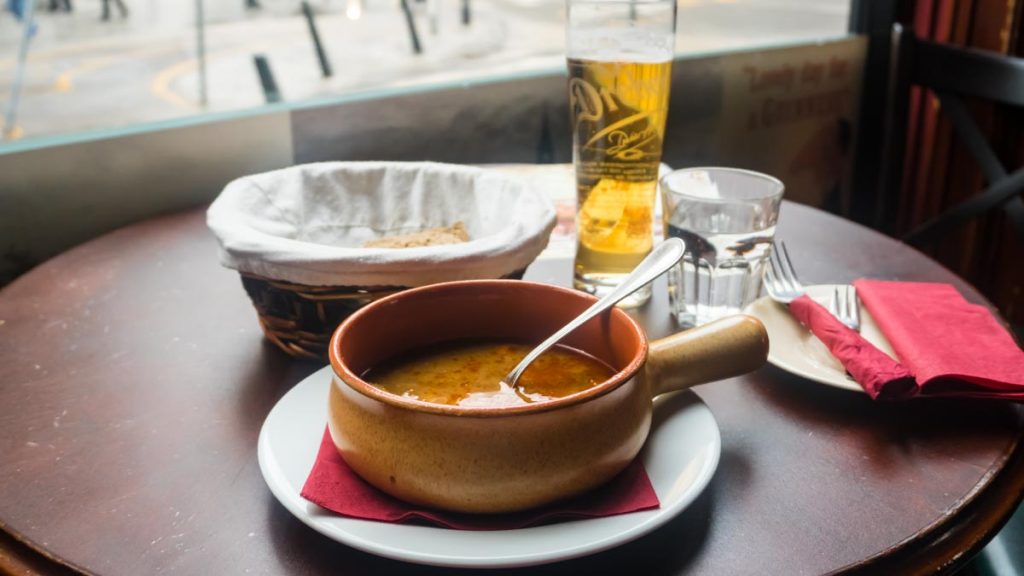 Langos Oh sweet baby Jesus what I would do for another langos! It’s basically the Hungarian version of a pizza, but instead of the toppings being placed on the dough then baked in an oven, the dough is deep-fried first then toppings put on the doughnut like base. Like with pizza you can pretty much have what ever you like on top, sweet or savoury, but the traditional toppings are garlic butter, cheese and sour cream. This is dirty take away food at its finest and best consumed with copious amounts of beer! 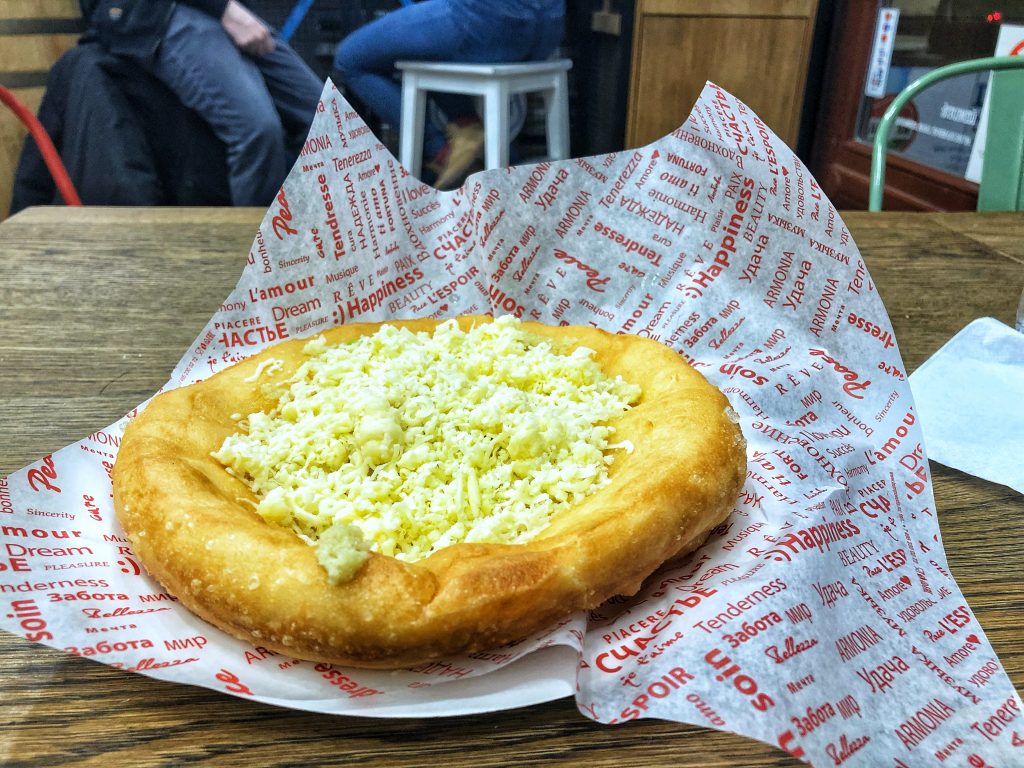 Booking.com
Chicken Paprikash Oh look, more paprika! Chicken Paprikash is essentially chicken smothered with a smooth, buttery paprika sauce. I was expecting the sauce to be quite spicy but it wasn’t at all, just rich and unctuous. Mine was served with what was described as “buttered Hungarian dumplings” so I was expecting the sort of bready/scone like dumplings we have with stew in Britain or maybe the more chewy German style Knödel, but what actually arrived was something more like spätzle (rough cut pasta). What ever it was I loved it and ate the lot and washed it down with a local pilsner, a perfect combo. 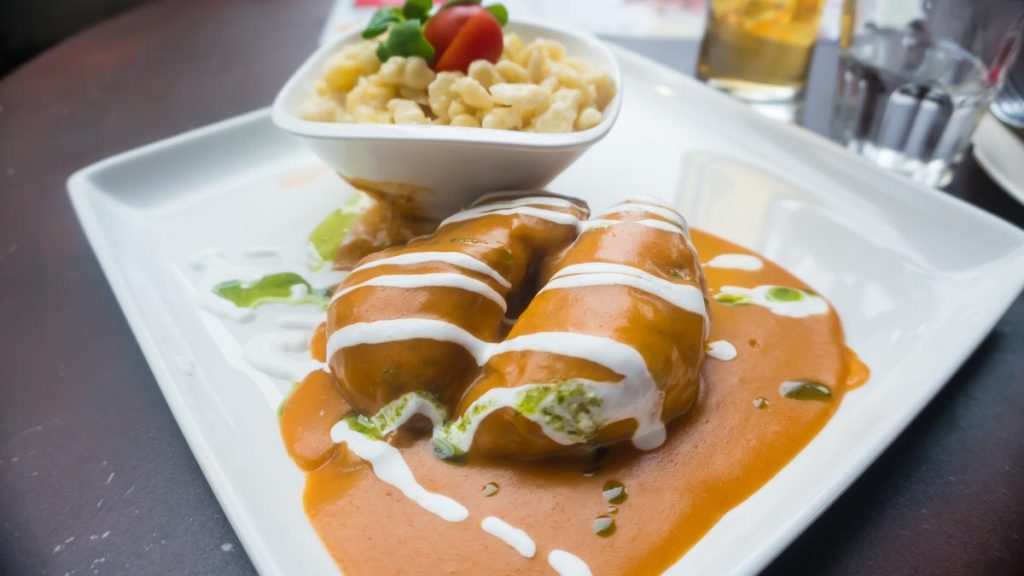 Chimney Cake – Kürtőskalács Chimney cake reminds me of Christmas markets, I’ve seen them being made at Winter Wonderland in Hyde Park but never actually tasted one until I went to Budapest. Where if you wander round the old town you’ll see Chimney cake kiosks on every street corner and probably smell them long before you see them. To be honest it’s not really a cake at all, it’s doughnut like stretchy dough wrapped around a cylindrical mould, cooked over an open flame and turned continuously like a spit. They’re then finished with all sorts of toppings like sprinkles, chopped nuts, Nutella or the more traditional sugar and cinnamon. They’re crispy on the outside and soft and doughy on the inside. Yum yum! 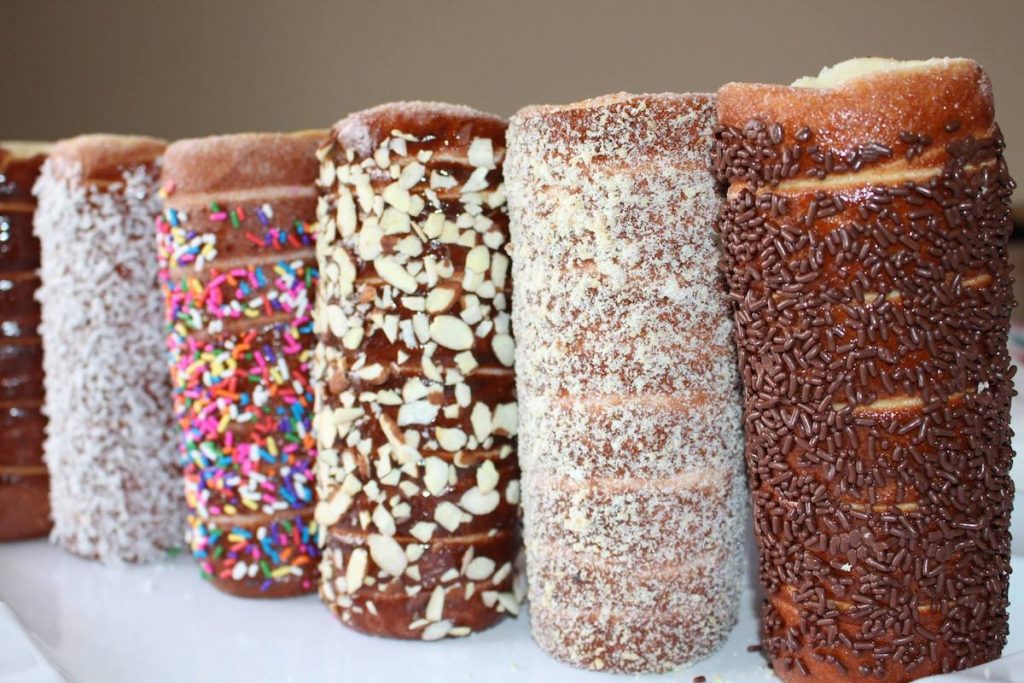 Sponge cake – Somlói Galuska I really wasn’t sure what to expect when I ordered “Hungarian sponge cake” with no other description, but I was assured it was the most traditional of Hungarian desserts. What arrived was pieces of very moist fruitcake with orange custard swirls through it served with whipped cream, chocolate sauce and chopped walnuts. It was like a really light version of Christmas pudding, all cinnamon spiced and zesty with a hint of booze. The perfect way to finish off my traditional Hungarian meal. 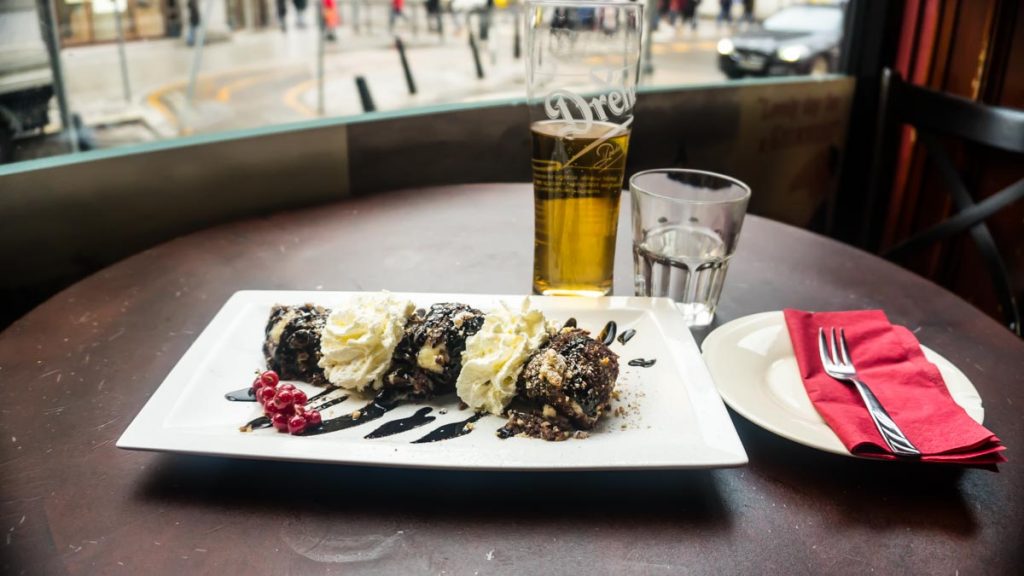 So if you’re heading over for a cheeky weekend getaway, and wondering what to eat in Budapest I think these 5 foods are a really good place to start. Have you tried any of these dishes before? 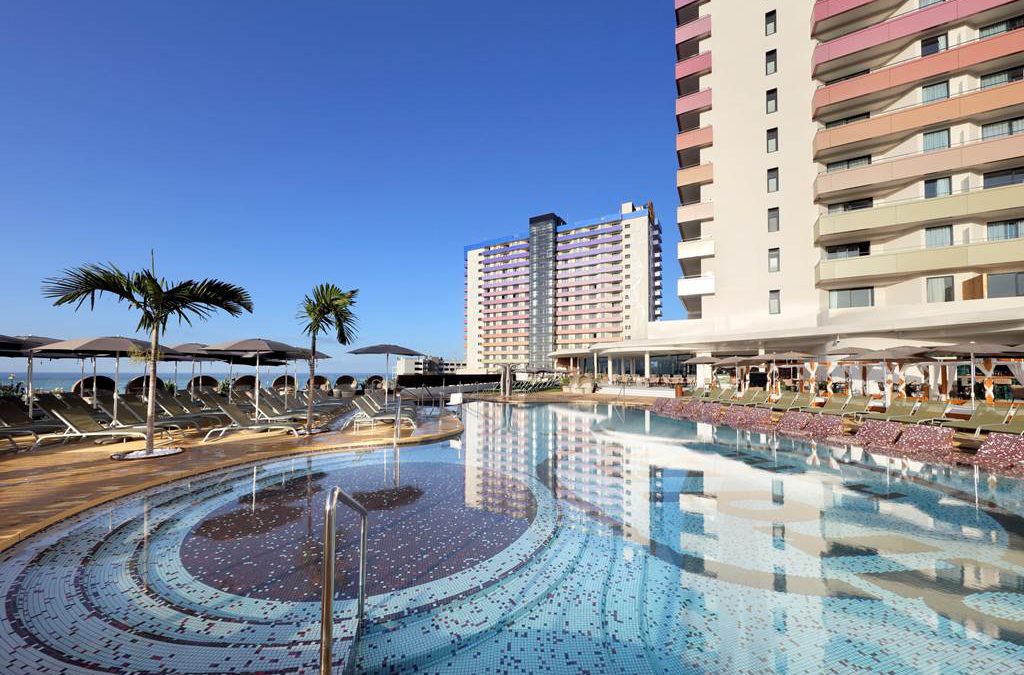 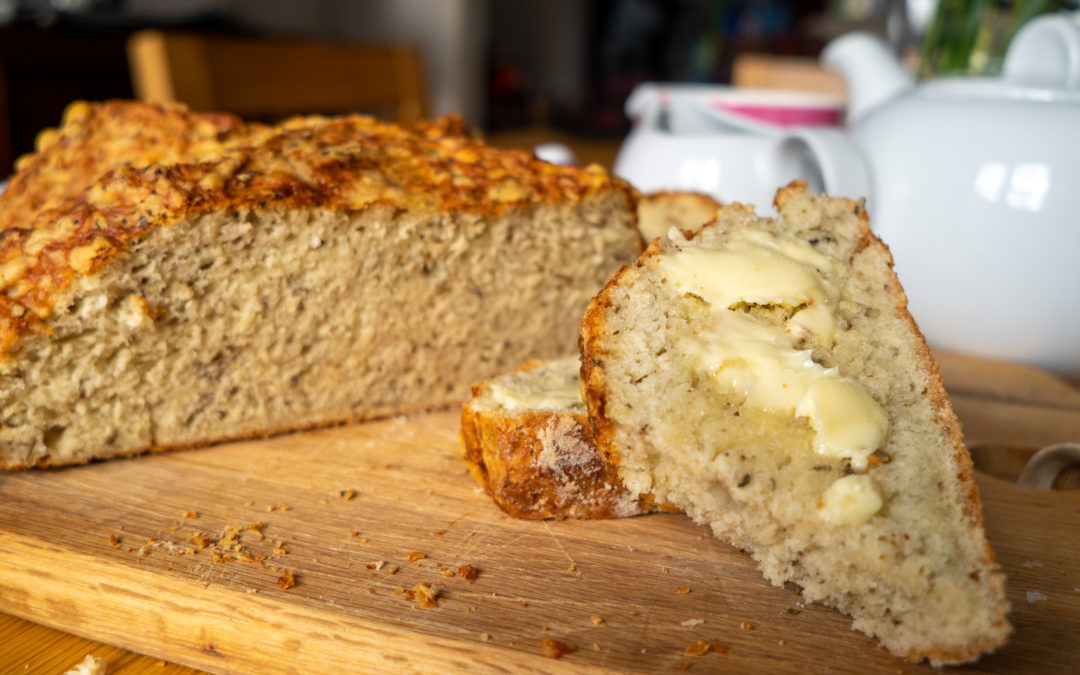 With St Patrick’s day just a week away, and sadly many of the Paddy’s Day parades and events now cancelled, I thought I’d share with you a my favourite Irish recipes for you to try at home. This Irish soda bread with cheese and herbs is so simple and quick, because unlike most breads it doesn’t require any kneading or proving time, you just mix it together and bung it in the oven. 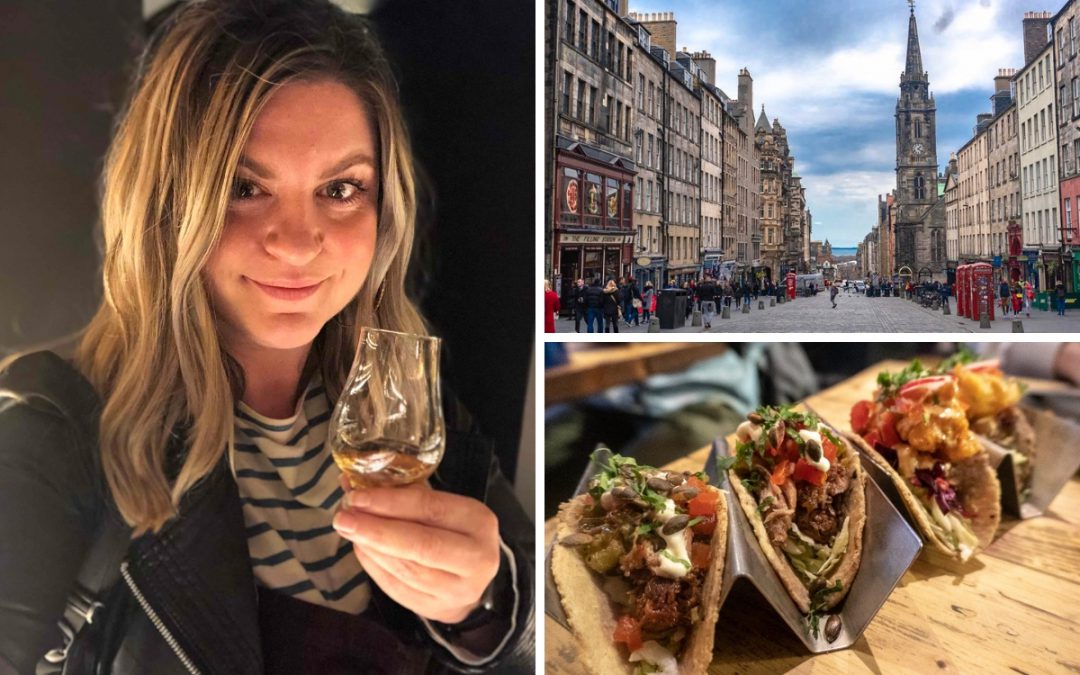