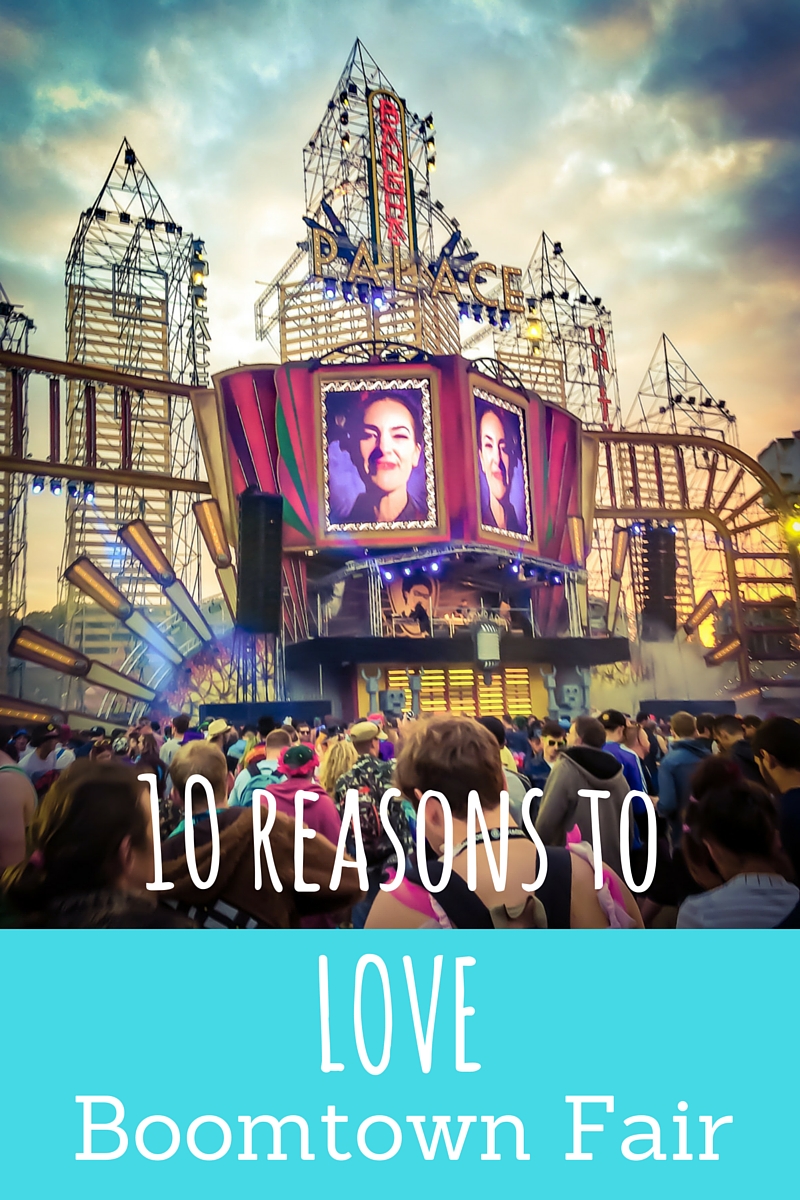 In 2015 I was lucky enough to go to Boomtown Fair in Hampshire and although I was there for work, there was still plenty of time to party, PLUS I got to experience some of the behind the scenes shenanigans. I had an incredible time and was so impressed with the whole experience, so I wanted to share with you just WHY Boomtown is one of the most amazing festivals on earth.

1. It’s a different world – Boomtown fair is a totally immersive experience, every area has it’s own characters and themes with actors to really pull you into their world. Even the crew get involved so don’t be surprised if the person serving your drinks or doing the sound check is dressed as a pirate or sheriff.

2. Fancy dress/Costume is serious business! – This isn’t the sort of event where throwing on a flower crown and some glitter is going to cut it, everyone really goes to town. Pick an area that you’re most drawn to and get creative. There is plenty to choose from: Mayfair Avenue (High society), Old Town (Gypsies & pirates), Wild West (as the name suggests!), Barrio Loco (Latinos), China Town (self explanatory), Dstrkt 5 (think futuristic red light district) or Sector 6 (future dystopia)

3. There is no separate camping area/arena – Unlike most festivals, the stages and camping area are not separated which means that you’re much closer to the action. Pick an area that you’ll think you’ll spend most of your time in, especially late night preference, and pitch up there. It’s so much easier to fully embrace your chosen district when you eat, sleep and breathe the local culture!

4. You can drink your own alcohol anywhere! – As there’s no separate camping area/arena organisers allow you to drink your own booze anywhere onsite. HOWEVER! There are restrictions; Only 16 cans of beer/cider OR a 3ltr box of wine allowed per person, no spirits and no open containers. There is also no re entry with alcohol allowed, so no nipping back to the car to get an extra crate either boooo. It’s a bit of a bummer, but understandable as the organisers want to make a profit somewhere, and booze sales is a big chunk of that. Having said that, there are ways and means of sneaking in any extras, but be warned the security are pretty strict!

5. It’s a crazy party – you can rave it up at all hours of the day and night. Just because it’s lunchtime doesn’t mean you cant be crazy dancing in the trance forest. The official entertainment finishes each day at 4am, however there are lots of unofficial parties happening all night long and as there is no separate arena you don’t get forced back into the camping zones when the stages close.

6. There are chilled areas too – Everyone needs to take a breather from the party at some point. At the top end of uptown lies Whistlers Green, which has a much slower pace then the rest of the festival. Chill out in the Floating Lotus café, learn some traditional crafts, or circus skills or engage in debate at Speakers Corner. You’ll also find lots of yummy healthy food and local craft ales in this district.

7. There’s a wide variety of music – It’s not all reggae and Drum n bass as some people may think, there is a whole range of genres represented at Boomtown including; Disco, Techno, Psy Trance, Balkan, Swing, Jazz, Ska, Rock, Hip hop, Folk, Country and loads, loads more. You may even discover a new love of Latino hip-hop while at Boomtown!

8. It’s Not just about music – If you need some time out from raving there are plenty of other activities to keep you entertained. Possibly playing billiards in the Grand Hotel with the upper class toffs or a game of cards with a cowboy in the Wild West. There’s also cabaret, comedy, circus, theatre and more.

9. Bang Hai Palace – Bang Hai Palace is a huge stage and lighting spectacular based in the centre of the Down Town area. Originally an area that housed the infamous Arcadia the organisers wanted something bigger and crazier to fill the void and I think they’ve definitely achieved it. Bang Hai is a mix of lasers, lights, video displays and more housed in a behemoth of a structure.

10. There are lots of hidden adventures – Don’t take anything for face value at Boomtown, look behind every doorway and ally. Something that you think is merely a set is not and if you venture in you may get the surprise of your life! No spoilers here just go with an open mind and a sense of adventure and enjoy.

Boomtown Fair, Chapter 8 is on in Hampshire UK, August 11th – 16th. Tickets can be bought here.

Has anyone else been to Boomtown before? what did you think?