Edinburgh Fringe Festival: 9 things you HAVE to do at the Fringe 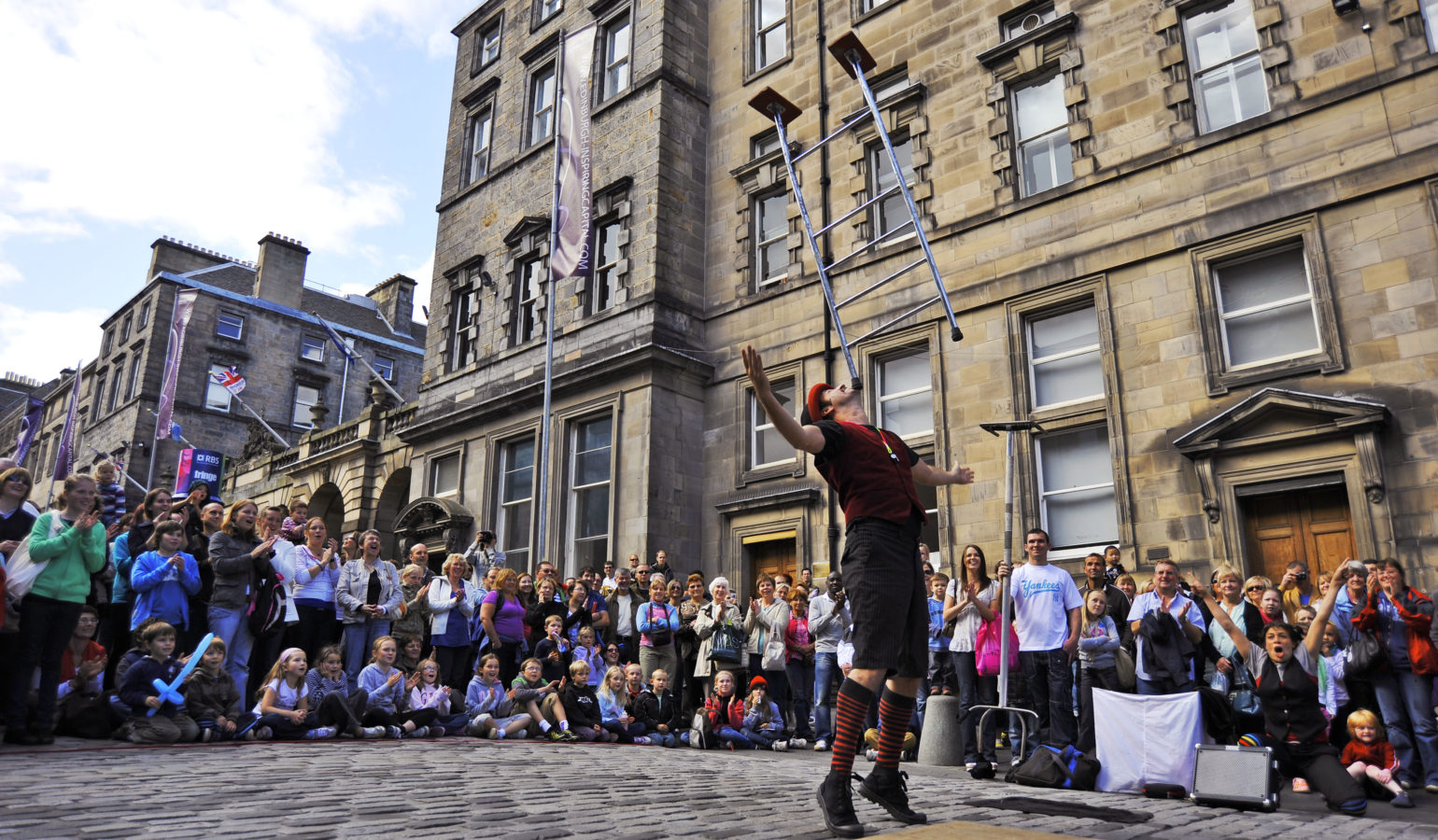 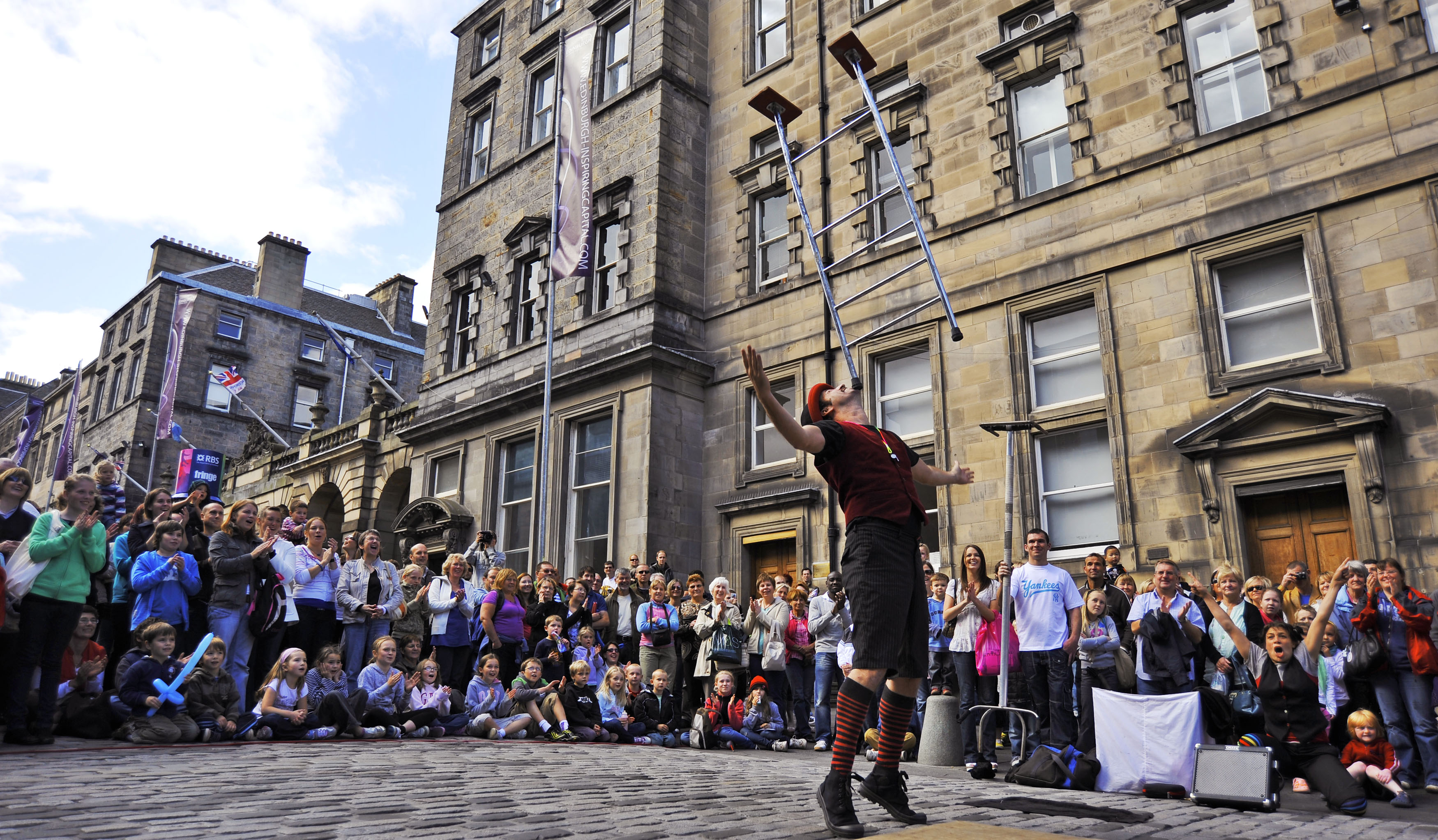 street performer on The Royal Mile

I first went to the Fringe ten years ago and remember just being completely blown away by how many shows there were, and just how bat-shit crazy a lot of those shows were! I’ve since worked at the festival a number of times; as a stage manager/FOH manager/street performer wrangler (!) all of which were exhausting, but also amazing fun. Well last weekend I headed up to the Fringe for a couple of days of fun, so I thought I’d give those of you that are heading to the Scottish capital this weekend a rundown of 9 things you HAVE to do during the festival. 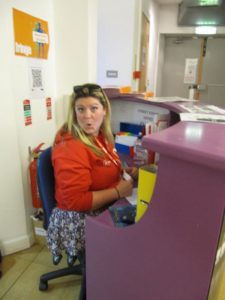 Working at the Fringe Festival

1. Hang out on the Royal Mile

Watching the street performers. The Edinburgh Fringe is synonymous with sideshows and carnival acts. If you hang around the cobbled street up to Edinburgh Castle you will see some amazing feats; fire breathing, escapology, sword swallowing, chainsaw juggling etc. Wandering up the mile is also a great way of seeing little snippets of shows, as many student theatre groups do promo shows here too. It’s an excellent way to get a feel for the festival with limited time.

2. See a 5 star show before it hits the West End

The Edinburgh Fringe Festival is like a giant trade show where actors, comedians and playwrights show their wares to promoters and theatre bookers from all over the world. Expect to see some of the best shows from the Fringe appear in the West End, but with a much bigger ticket price.

Buying lots of tickets for shows can really start to hurt your pocket, but the Fringe doesn’t need to cost the earth. There is literally a whole programme of free shows for your viewing pleasure! Have a look here for a list of all the free shows available. The free shows are mostly amateurs trying to get noticed, so the quality isn’t always so good, but hey that’s the fun of the festival! However, if you enjoyed the show it’s always nice to leave a little something in the donations bucket.

4. See a show that you know nothing about

Everyone wants to go see shows with TV stars or well-known comedians, but the fun of the Fringe is discovering new people and shows. I love hanging out in the main areas such as Pleasance Courtyard, George Square Gardens, and The Gilded Balloon, where show PRs hand out flyers. Chat to any of these PRs about the show they’re promoting and if they can make it sound good, give it a go. Another thing I like to do is just turn up to a venue and buy a ticket to what ever is on next, you never know, you may stumble across a real gem. 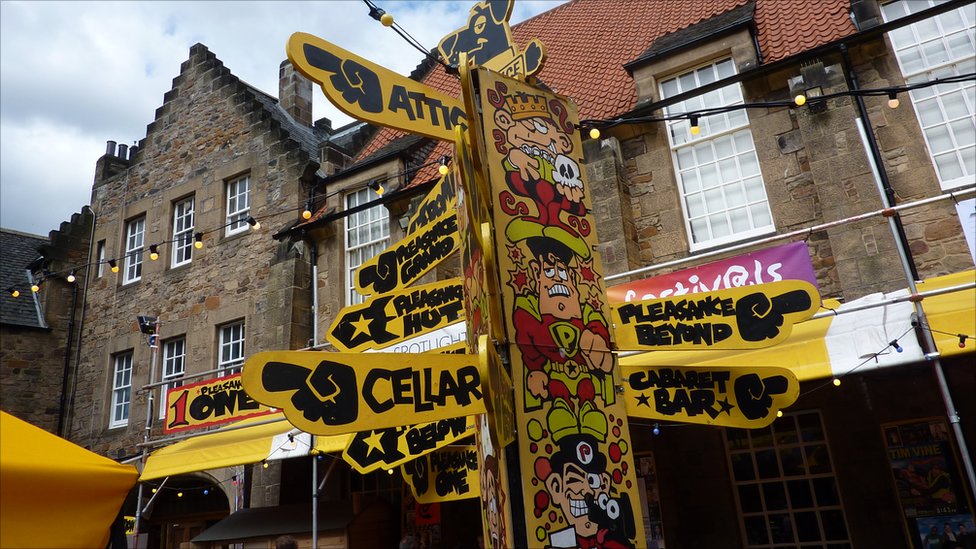 5. Hang out in George Square gardens

Talking about George Square Gardens… This area is so much fun to hang out in, weather you’re seeing a show there or not. This area is like a little mini festival with lots of small venues (I saw a show in a scout tent one year) as well as bars, music and street food trucks; it’s also a great spot for number 6……

You may not see many true A listers, but if you keep your eyes peeled you will definitely spot a TV personality or 2, usually hanging around the venue bar. Over the years I’ve spotted: Eddie Izzard, Denise Van Outen, Stewart Lee, Bob Mortimer, Pete off Big Brother, (yeah I did say they weren’t A listers…)

7. Go to a show that starts after midnight

The crowd at a show that starts after midnight is definitely a rowdy bunch as you can imagine, and the performers who do these shows are pretty brave to handle these drunken souls, but for me this is part of the Fringe experience. Late ‘n’ Live at the Gilded Balloon is probably the most well known after hours show, running from 1am to 5am and including a number of well known comedians and a live band. There are a whole host of other late shows to see, take a look at the Fringe Guide which has shows listed by start time.

8. See a show in a weird venue

Most of the venues at the Fringe aren’t full time theatres or performance spaces, many are university buildings, pubs, churches, restaurants etc. It’s always fun to go to something in a really unusual venue, I’ve been to shows in a lift, a taxi, a cellar and a library in previous years.

They’re a friendly bunch at the Fringe; you will likely get some awesome recommendations for shows if you chat to people in the queue for tickets or at the bar. The Fringe Guide is huge and can be daunting, the best recommendations are word of mouth, plus you could make some awesome new friends.