Lost Village Festival: Everything you need to know 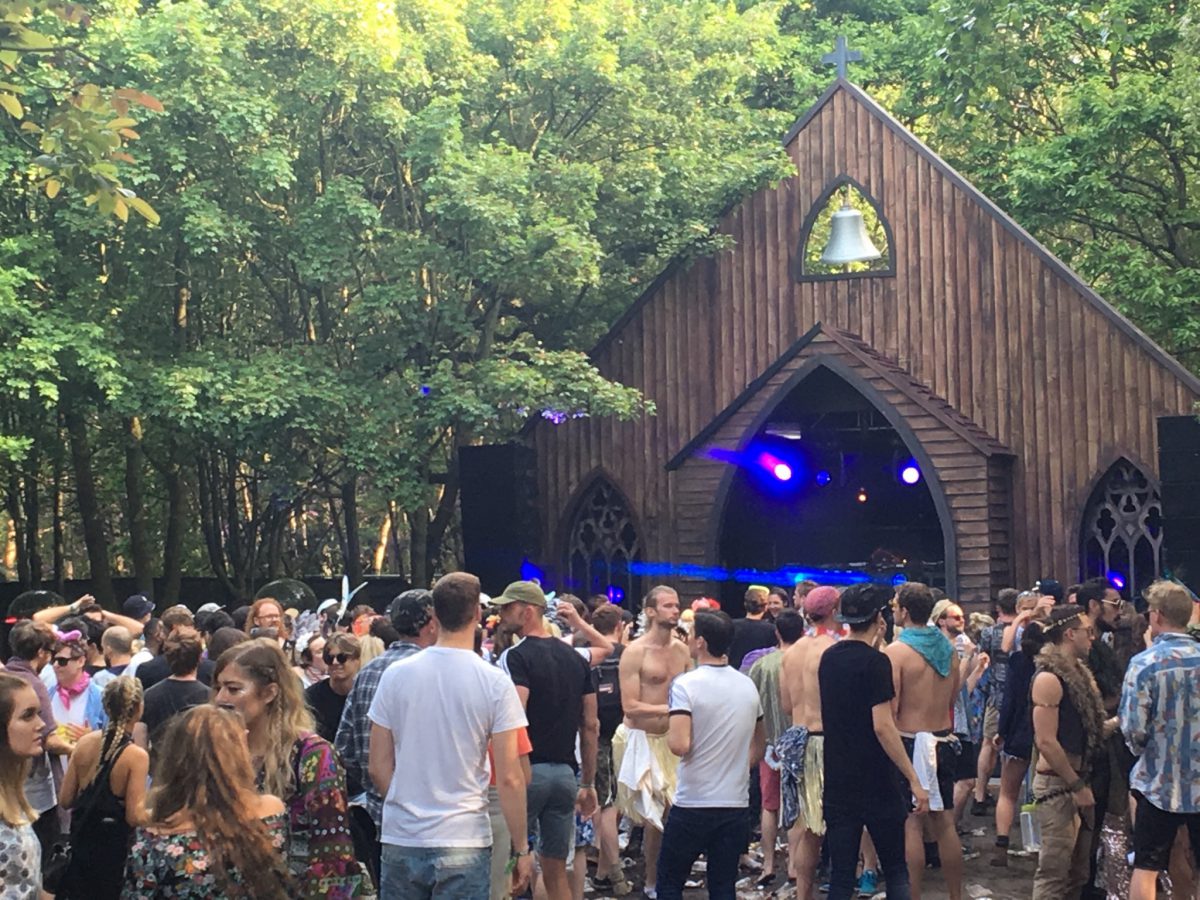 late May Bank holiday weekend is the unofficial start of festival season in the UK, and with that in mind I couldn’t resist the urge to get a cheeky early festi in to whet the appetite. Lost Village Festival in Lincolnshire seemed like the perfect place to warm up for a summer of fun. With an epic line up and an exciting concept of a secret party in a lost village deep in the forest, we were in! Lost Village Festival in only it’s second year in 2016 is the creation of DJ’s Jaymo and Andy George who have curated an event based around there own musical passions of electro, disco, house and techno – which is bang up my Strasse!

Getting there
Prior to the festival we were only provided with a postcode to stick in the SatNav, in keeping with the festival concept of a secret tribe in a lost village. In reality the festival site was pretty easy to find, although heading up there in our old VW camper van wasn’t the fastest, never mind the heavy traffic en route. As campervanners we were able to park up just outside the gates in a little caravan park (after driving round the one way system a couple of times) Though most people arriving by car were parked a couple of miles away and shuttled to the site by bus, which obviously helped to keep the route pretty clear, no long queues or anything. woohoo!

Standard camping was essentially 2 fields near the main entrance, one slightly further away from the “arena” and therefore a touch quieter, but both a very short walk to all of the action. There was a small entertainment area, some cracking breakfast food trucks, seating areas and plenty of toilets.

Boutique camping was the opposite side of the festi, close to the main stage and banquet area, they offer bell tents, luxury yurts with posh loos, showers and a private bar.

Caravan/campervan area – which is the area I was in, is actually just outside of the festival (although just the other side of the fence) on a permanent caravan site. The plus side of which, it was nice level ground with electricity points and a proper shower and toilet block! There is something quite delicious about having a long hot shower at a festival to wash away the sweaty, hungover ming!

Acts were split over four stages: The Burial Ground (main stage), The Lookout, Abandoned Chapel and Forgotten Cabin all based in and around a mysterious forest!

Headliners were: Fat Boy Slim who absolutely smashed the opening night, Eats Everything and Jack Garratt. They were all incredible headline acts.

Other acts included: DJ Koze, Joy Orbison, Bondax, Maribou State, Henrik Schwarz, Jack Master and Heidi. My only quibble with the organisers is that nobody seemed to know when or where anyone was playing. Most festivals will have line up boards or sell programs, but Lost Village seemed to do neither, which meant that I (and most people I spoke to) missed a load of stuff we’d been hoping to see. There is a Lost Village app with the line up and times, but the festival site is a mobile phone black hole so none of it worked, next time I’ll write my must sees down! I’m guessing this is by design, hoping that ravers stumble across things in the forest organically.

Food & Drink
The food on offer was definitely above average, I think that most festivals these days have picked up their food game. Punters are no longer satisfied with a polystyrene carton of frozen chips and a rat burger, they want delicious street food and Lost Village did not disappoint. Any visitors to the London food markets would recognise a few vendors: Voodoo Rays (pizza), Le Bun (french twist on burger and fries), Buddha Bowl (vegan curries). However, my fave was the Korean chicken stall. I got the buttermilk fried chicken burger with sweet n spicy Korean sauce, fennel slaw and fries which cost £10, which for a festival and the quality I thought was pretty fair.

Organisers allow you to take a limited amount of alcohol and some food into the camping areas only, to help keep costs down a little bit, prices were pretty standard for a festival:

Banquet – one of the little “extras” that Lost Village offer was a gala banquet, a 4 course fine dining experience cooked by Micheal O’Hare (The Man Behind The Curtain) and Lee Westcott (The Typing Room). We were offered a refreshing Grey Goose cocktail on arrival and instantly got chatting to other diners. You might think it’s strange to have fine dining in the middle of a festival, particularly a dance music festival, but it really worked! The atmosphere was pretty rowdy, like being at a wedding and being sat with all your best mates who’ve spent most of the day drinking shots! Haha. The food was delicious, as good as any high end restaurant I’ve been to, yet cooked in a field in Lincolnshire. Oh, and the added bonus of free flowing wine and cocktails. If you’re a foodie, this is a must!

The tribal forest theme is weaved throughout the whole festival, from the stage decoration to actors and weird creatures running through the forest. Every time I wandered through the trees I saw and heard something different, at times it felt a bit Blair Witch Project, but it was also a clever way of pulling the audience into the world of the lost tribe.

With a capacity of only 5000 it felt like a small community, people we’d met and chatted to on the first night we continually bumped into and danced with. Everyone was open and friendly, we didn’t see any aggro all weekend so it would be a perfect first festival for newbies. Lost Village Festival is still a relatively new event, but I’ve got a feeling it is going to grow and grow, so watch this space! Tickets for 2018 are already on sale and selling fast, click here to snap yours up.

So which festivals do you have planned for the rest of the summer? let me know in the comments

It’s the most wonderful time of the yeeeeeear…ding…dong...ding…etc. I absolutely love the build up to Christmas, probably way more than Christmas it’s self. All those parties, sipping hot mulled wine in your cosy woolly bobble hat, ice-skating and lots of Christmas... 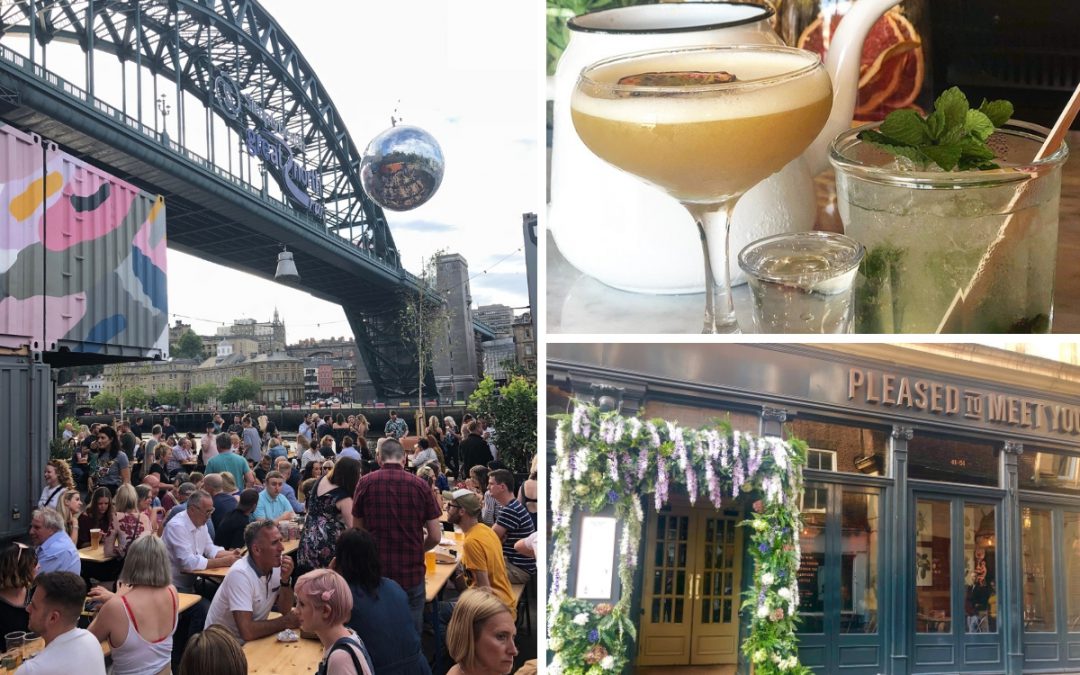