It’s very nearly that time of year again, in a few short days thousands of people will descend on Worthy Farm in Somerset for what I believe is the greatest festival on earth, Glastonbury. Now, if you haven’t been to Glastonbury Festival before you’d be forgiven for thinking it’s like many other festivals where you head into the arena at lunch time, wander between 5 or 6 stages catching all your “must see” acts from the program, then heading back to the campsite at midnight for a few cheeky night caps before hitting the sack, rinse and repeat for 2 more days. No, no, no mon cher, Glastonbury Festival is a 5 (or more) day festival with 24hr entertainment, over 1000 performance spaces, many of them not in the official program. And on top of all that there is no separate campsite and arena, you could literally watch The Foo Fighters or Ed Sheeran from the comfort of your own tent! 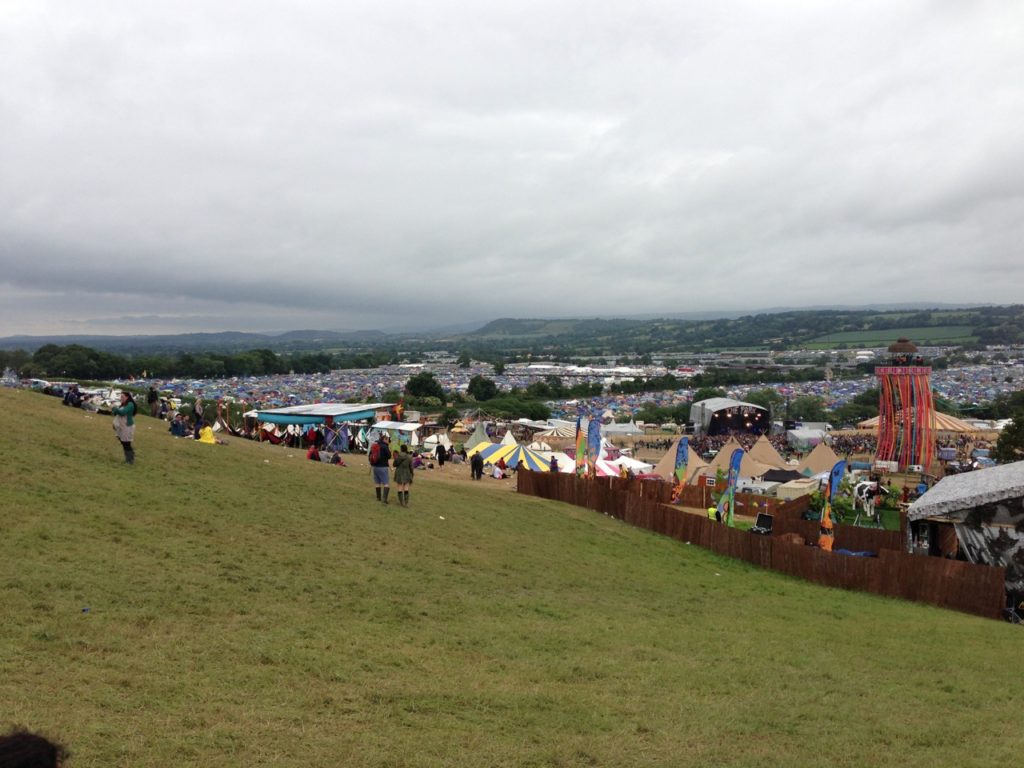 With all that in mind, Glastonbury Festival deserves a little more thought and preparation than your average festival so I thought I’d write a handy guide to getting the most out of your Glastonbury experience. So here is my guide to doing Glastonbury Festival like a boss Leave a change of clothes in the car – Or if you’re in a van a change of clothes in a separate bag that you don’t touch until it’s time to leave. The weather at Glastonbury Festival is notoriously unpredictable. Last year the whole site was pretty much like a swamp the entire time and EVERYTHING I own was caked in mud even though I was in a campervan. Even if the weather isn’t that bad (the forecast looks pretty good this year) having a fresh, clean change for going home is HEAVEN, trust me. 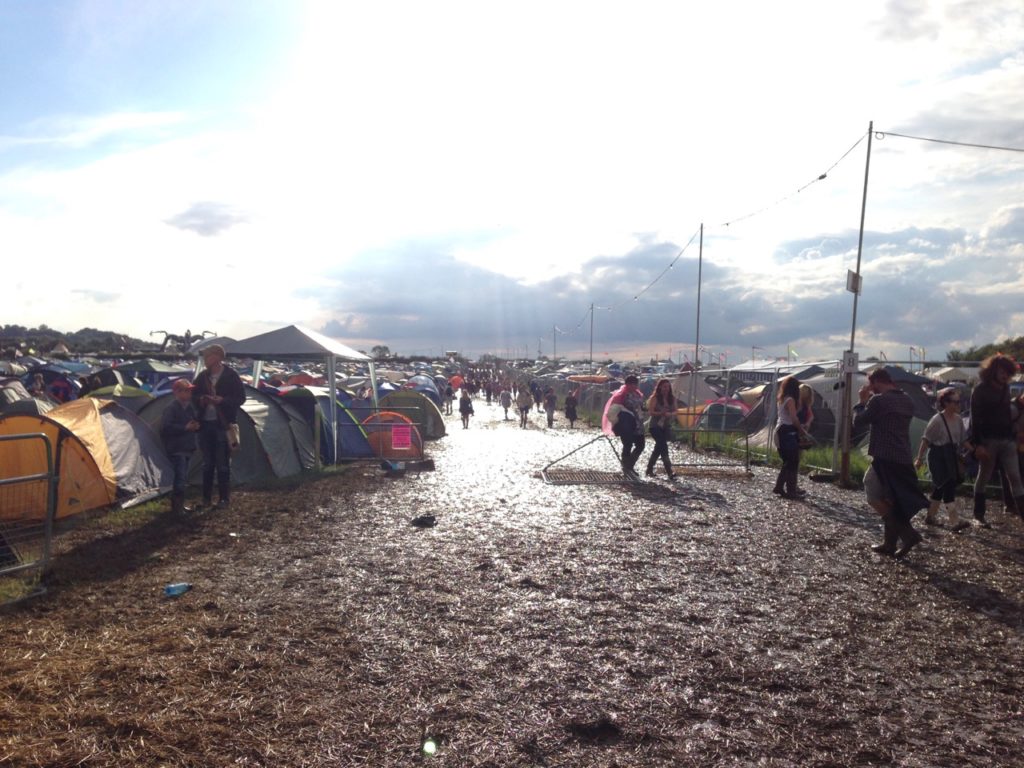 Bring drugs! – The likelihood is you will drink A LOT of booze at Glastonbury, which starts to take its toll. Bring a survival pack of rehydration sachets, Paracetamol & Berocca to help your body cope with the onslaught. Don’t just stick to the main stages – The things that make Glastonbury Festival so special happen away from places like the Pyramid stage, head to Shangri la, Avalon, The Theatre & Circus fields or Bella’s Field etc. Pick at least one night where you miss a main stage headliner – and head to the South East corner instead. You’ll get there before the masses arrive and get to experience some crazy and cool things. 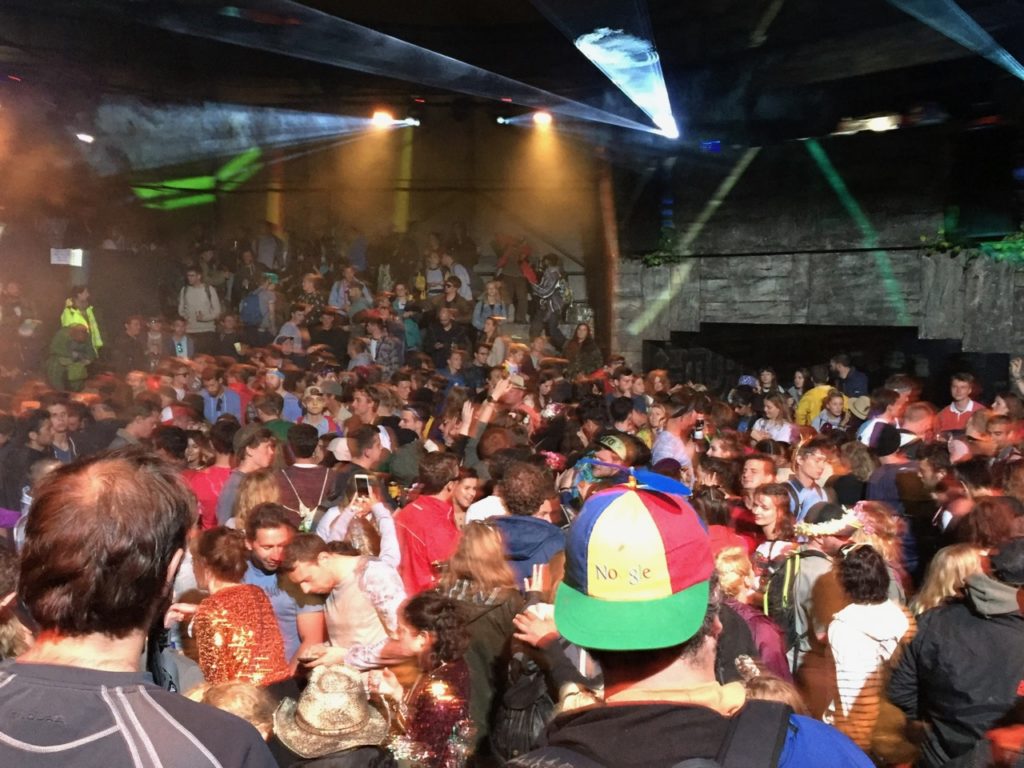 Don’t stick to a rigid schedule – There are many weird and wonderful things that happen onsite, which will distract you from your original plan, and it’s not possible to see everything anyway. Don’t beat yourself up about not seeing some band that you’ve circled on your program if you’ve found yourself down the Rabbit hole, in an alternate universe where Dermot O’Leary is on the decks and Michael Eavis is singing with a Slade cover band. Yup, really! 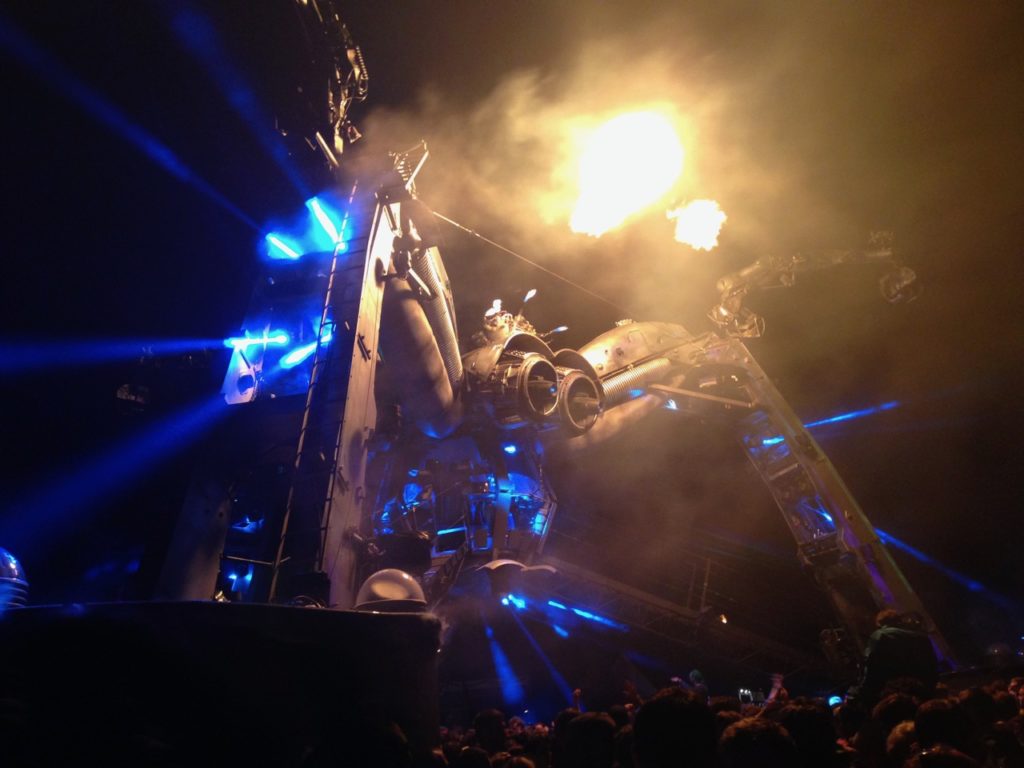 Keep your ear to the ground for secret sets – These are performances that aren’t announced in advance. There may be a TBC in the program, or there may be nothing at all. The best way to find out about these sets is to follow Secret Glastonbury on Twitter and set it to push notifications on your phone. Other than that it’s a right time, right place kinda thing where you might get to see Lady Gaga perform in a tiny tent in Shangri la…

Take some time to chill out – Glastonbury Festival is a marathon not a sprint, it’s almost impossible to be going full tilt for the full 5 days without keeling over, I can tell you this from personal experience! Spend some time chilling in the Green fields, get a massage, sit in the hot tubs, watch a film, go to the comedy tent or have a cuppa in the Tiny Tea tent to recharge your batteries before heading back into the melee. Your body will thank you! 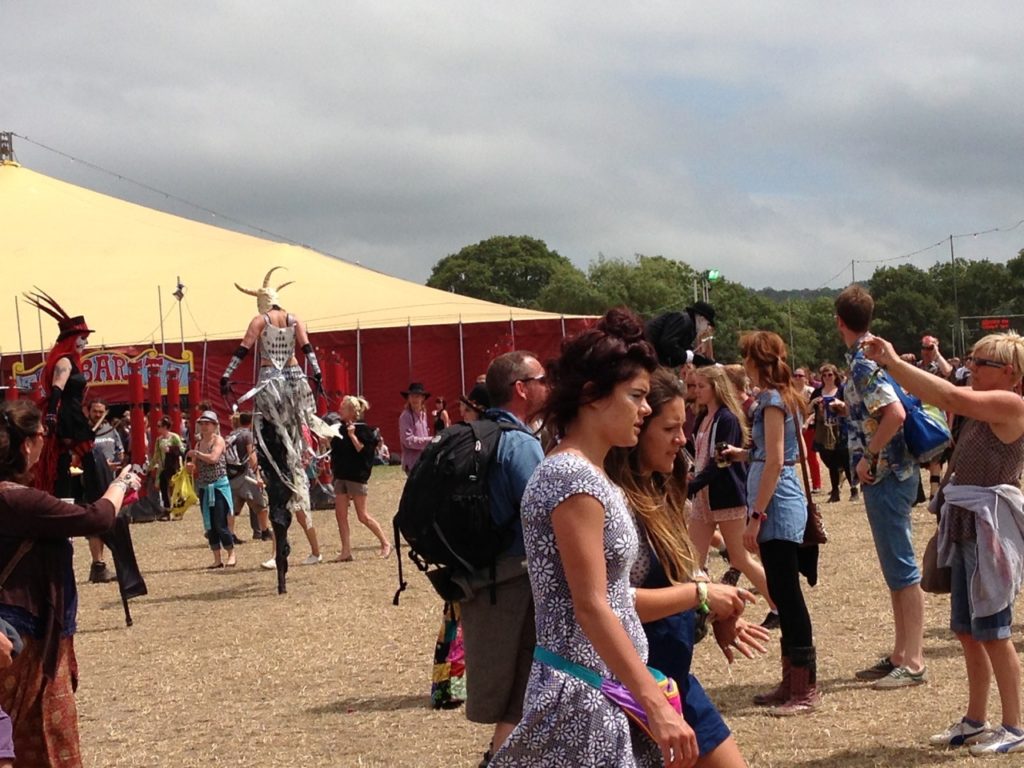 Eat ALL the food – No dodgy rat burgers at this festival, you can sample everything from Goan Fish Curry to sushi onsite. There are even sit down restaurants like the Beat Hotel or Fluffy Rock café where you can have a slap up brunch, cocktails and listen to live music at the same time, amazing! 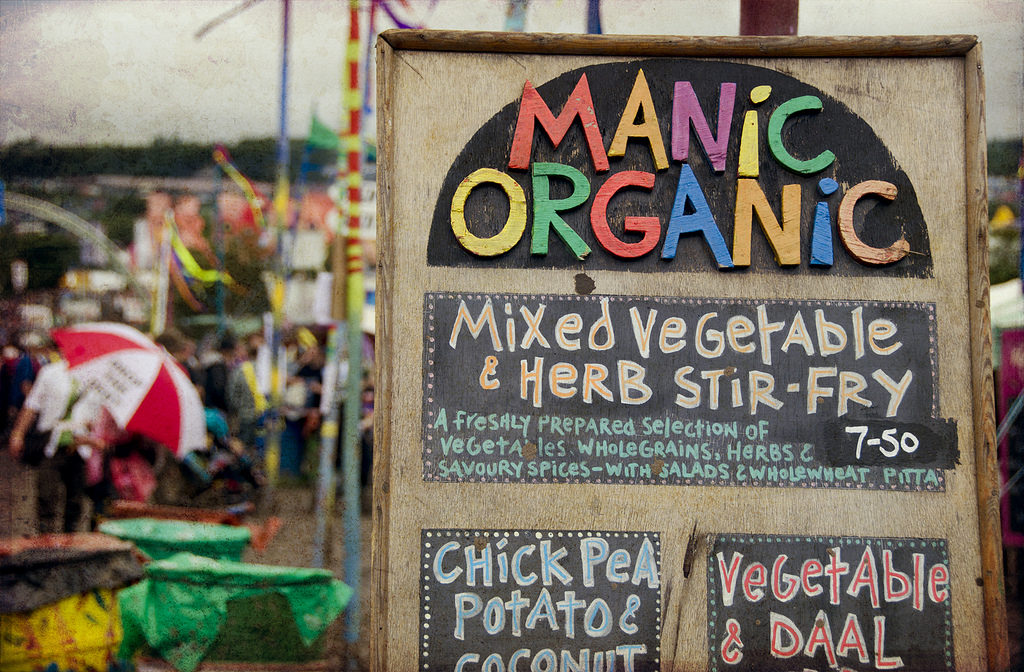 Drink ALL the drinks! – You can bring as much of your own alcohol as you like, which definitely helps on cost, but don’t miss some of the fab drinks sold on site. A lot of the bars are run independently and stock really good craft beers, local ales and ciders, English wine & bubbly and mixed to order cocktails. The Workers Beer Company who run a number of bars also donate their profits to charity so go and support them! 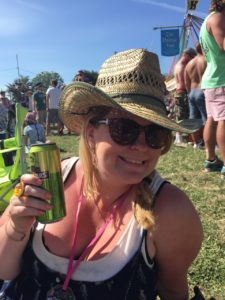 Watch at least one sunrise from the stone circle – The stone circle is on a hill over looking the festival, so you get great views from there, where you can really take in the scale of the festival. It’s also right next to the all night party area, so perfect for winding down after a night of dancing. Leave before 10am on the Monday –  unless you want to queue for 5 hours just to get out of the car park. You may have the mother of all hangovers and feel like something died in your mouth, but it is definitely worth getting your shit together early on the Monday, or be prepared to sit with your engine off for a good few hours until traffic starts moving. Just maybe think about how much you’ve had to drink the night before though if you are designated driver. Book the extra time off work –  and spend a day/night at a spa. I’ve done this the last couple of years and it is the best festival hack ever! I can highly recommend Charlton House Spa Hotel, which is a mere 5 miles from site. Even if your room isn’t ready when you rock up at 9am (ahem) you can grab your clean clothes (see point 1) get changed, go for a shower, swim, sauna, massage, nice lunch, nap on the sun loungers and start to feel normal again. Then have a good sleep in a proper bed before making the long journey home feeling refreshed and skipping all the crazy festival traffic. Trust me, this is a game changer! 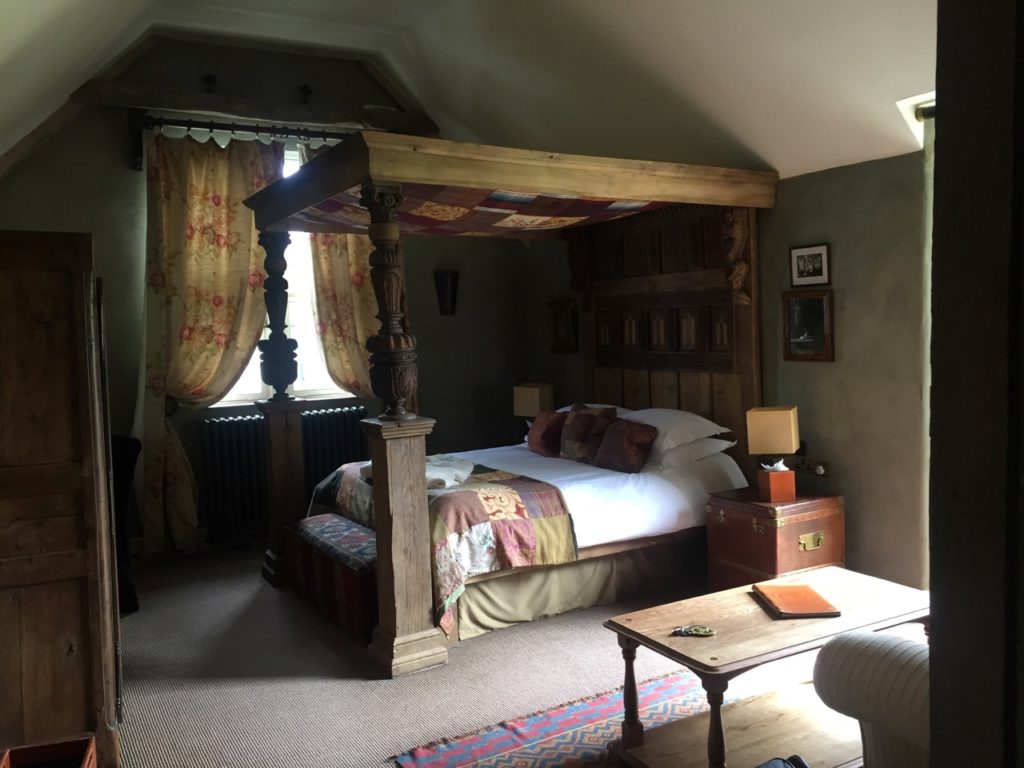 I’m actually a bit sad that I won’t be at Glastonbury this year; I’ll definitely have serious FOMO next week. But as I’m currently sat on a tropical island in Indonesia I’m not going to be too sad about it and I will be back at Glasters very soon. 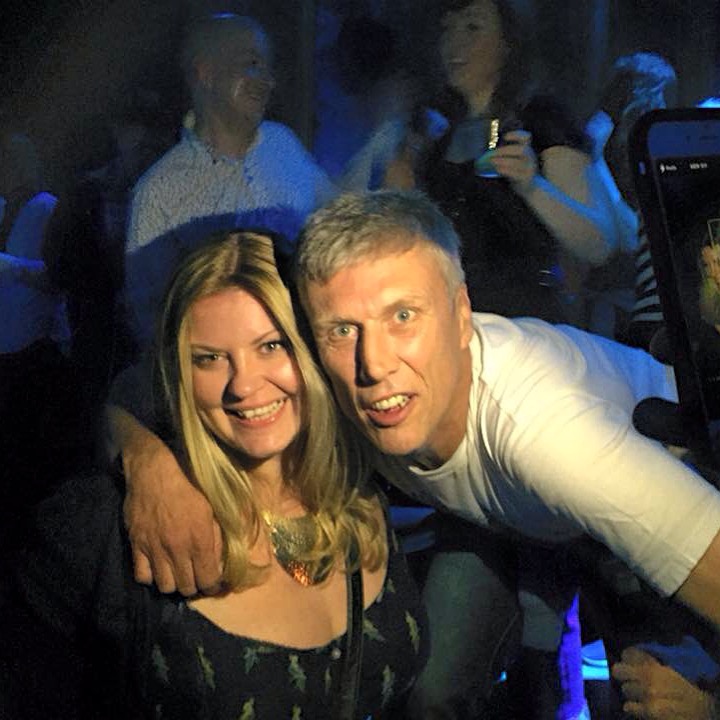 Are you heading to Glastonbury Festival this year, and have any top tips for making the most out your time there? I’d love to know. Rachel x

long gone are the days of paying someone a tenner to help punt you over the fence. Here are 6 legit ways you can still get a ticket to SOLD OUT Glastonbury Festival.
Read More

How to remove your festival wristband WITHOUT CUTTING!

You’ve just arrived back from an amazing weekend of dancing, drinking and laughing at that crazy festival you’d always wanted to go to. You met some amazingly brilliant people, discovered new bands and even quite enjoyed camping. Every time you look down at that...
Read More

Lost Village Festival: Everything you need to know

late May Bank holiday weekend is the unofficial start of festival season in the UK, and with that in mind I couldn’t resist the urge to get a cheeky early festi in to whet the appetite. Lost Village Festival in Lincolnshire seemed like the perfect place to warm up for...
Read More

In 2015 I was lucky enough to go to Boomtown Fair in Hampshire and although I was there for work, there was still plenty of time to party, PLUS I got to experience some of the behind the scenes shenanigans. I had an incredible time and was so impressed with the whole...
Read More

Edinburgh Fringe Festival: 9 things you HAVE to do at the Fringe